“People are still going out to eat and drink, but there is little or no growth in the market – and stronger London trading is making up for poorer sales outside the M25,” said Phil Tate, chief executive of CGA, the business insight consultancy that produces the Tracker, in partnership with Coffer Group and RSM.

Regionally, London saw like-for-likes grow a relatively healthy 2.5%, against a 0.5% like-for-like sales fall outside the capital. Pub and bar groups were the top performers both nationally and in London.

Across the country, managed pubs and bars were collectively ahead 0.6% on a like-for-like basis, and up 3.6% in London against last October. However, sales declined by 0.4% outside the capital.

Restaurant chains also did relatively better in London, with like-for-likes up 0.9% compared to a 0.7% fall in the rest of the country. However, the national figure showed a 0.3% decline, reflecting the continuing pressure on the casual dining sector.

You can't include multiple times the same chart. 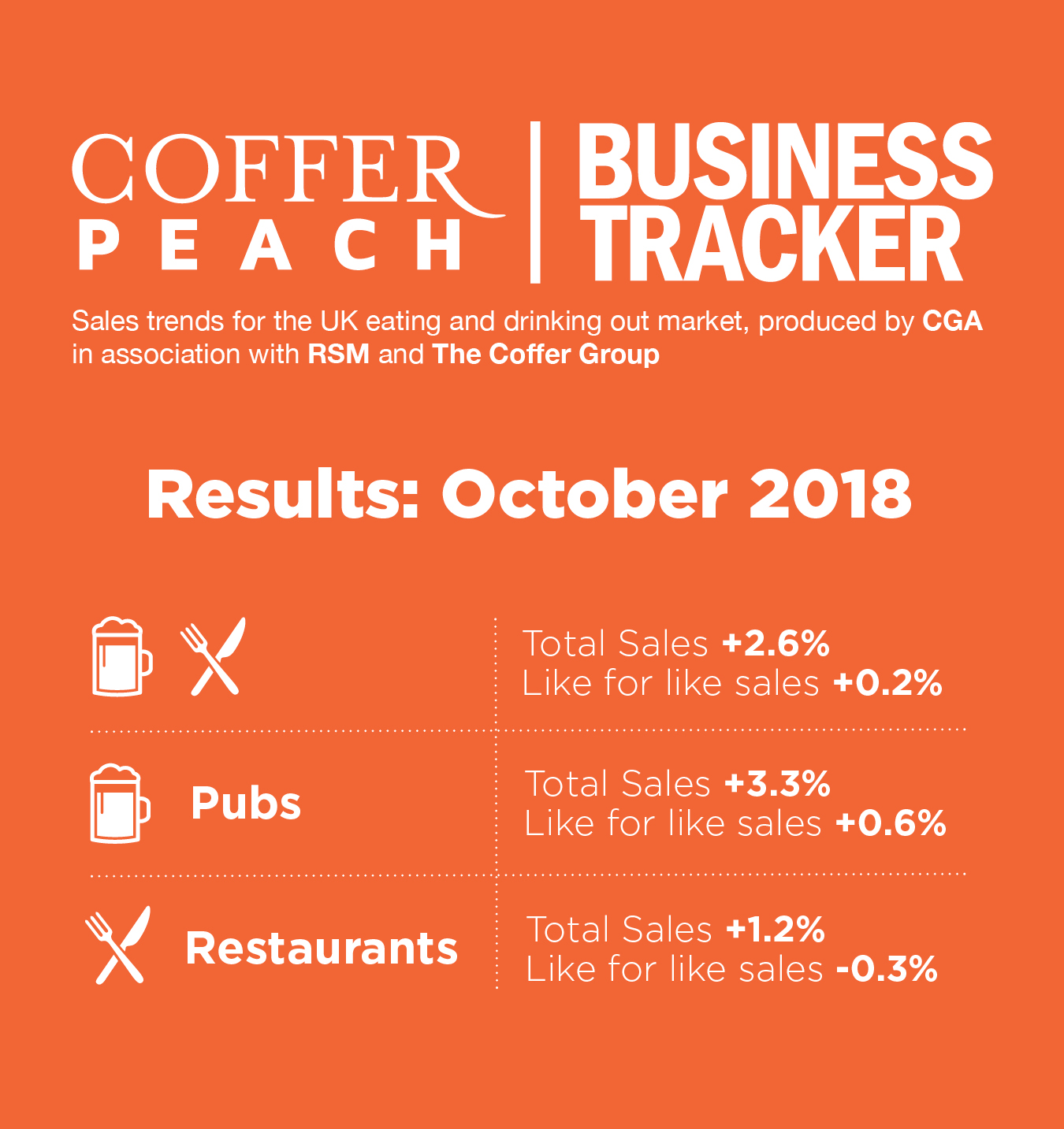